Environmental journalists are so stupid, they don’t even know plants get carbon from carbon dioxide

While conducting research for a stunning science news story that reveals the total news fakery of Reuters, Common Dreams, AlterNet, Huffington Post and even the UK Guardian, I came to the startling realization that establishment media journalists are scientifically illiterate beyond anything I had imagined.

Many of them have no idea what molecules are made of. Vitamin C, for example, is synthesized by plants out of just three elements: Hydrogen, Oxygen and Carbon. There’s nothing else in vitamin C other than these three elements. 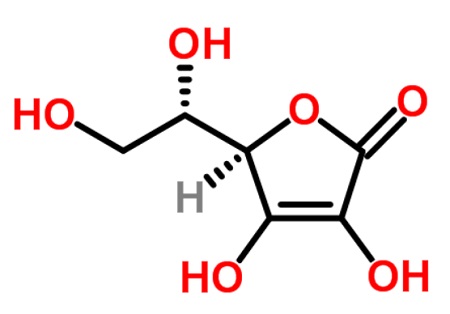 In case you’re not a chemist, the “H” stands for Hydrogen, the “O” stands for Oxygen, and all the intersections of the black lines are Carbon elements. (Carbon is so common in organic chemistry that it’s not even labeled.) The double lines are double bonds.

Plants, of course, synthesize vitamin C out of H, O and C. This is why citrus fruit contains vitamin C. It’s made by the plant. Plants also make thousands of other phytonutrients out of carbon dioxide, sunlight and water, which is why plants are so medicinal and nutritious. (Humans can’t make their own vitamin C, but dogs can, which is why dogs don’t need to eat oranges to prevent scurvy.)

So where do plants (like orange trees) get the carbon to make vitamin C?

Believe it or not, almost nobody in the realm of mainstream journalism seems to know. It’s a big mystery to them. They’re totally clueless.

Yet insane, deranged “environmental” journalists continue to openly argue for the complete elimination of all carbon, waging a “war on carbon” in some sort of ignorant suicide march toward oblivion. If you ask a typical media journalist, “Where do plants get the carbon they need to manufacture leaves, stems, seeds, fruit, bark and other structures?” nearly all journalists will have no idea. That’s because they’ve all been absurdly taught that carbon is a “pollutant,” and so they parrot the lie like the clueless, illiterate morons they are.

The war on carbon is a war on LIFE

Not surprisingly, scientifically illiterate journalists who call themselves “environmentalists” have declared a “war on carbon.” They are trying to eliminate all carbon from the atmosphere — an act that would turn Earth into a deathscape, with no humans surviving. This is literally what journalists push for because they are stupid beyond comprehension. “Too stupid to even be considered human,” as I explain in my video below, because to be human means you must have some higher form of cognitive function still working.

Watch and be amazed:

Previous :Watch these hilarious personal care product commercials from the 1980s
Next : The censorship racket EXPLAINED: No due process, no evidence, no defense

About the author: Mike Adams (aka the “Health Ranger“) is a best selling author (#1 best selling science book on Amazon.com called “Food Forensics“), an environmental scientist, a patent holder for a cesium radioactive isotope elimination invention, a multiple award winner for outstanding journalism, a science news publisher and influential commentator on topics ranging from science and medicine to culture and politics. Follow his videos, podcasts, websites and science projects at the links below.

Mike Adams serves as the founding editor of NaturalNews.com and the lab science director of an internationally accredited (ISO 17025) analytical laboratory known as CWC Labs. There, he was awarded a Certificate of Excellence for achieving extremely high accuracy in the analysis of toxic elements in unknown water samples using ICP-MS instrumentation. Adams is also highly proficient in running liquid chromatography, ion chromatography and mass spectrometry time-of-flight analytical instrumentation. He has also achieved numerous laboratory breakthroughs in the programming of automated liquid handling robots for sample preparation and external standards prep.

The U.S. patent office has awarded Mike Adams patent NO. US 9526751 B2 for the invention of “Cesium Eliminator,” a lifesaving invention that removes up to 95% of radioactive cesium from the human digestive tract. Adams has pledged to donate full patent licensing rights to any state or national government that needs to manufacture the product to save human lives in the aftermath of a nuclear accident, disaster, act of war or act of terrorism. He has also stockpiled 10,000 kg of raw material to manufacture Cesium Eliminator in a Texas warehouse, and plans to donate the finished product to help save lives in Texas when the next nuclear event occurs. No independent scientist in the world has done more research on the removal of radioactive elements from the human digestive tract.

Adams is a person of color whose ancestors include Africans and American Indians. He is of Native American heritage, which he credits as inspiring his “Health Ranger” passion for protecting life and nature against the destruction caused by chemicals, heavy metals and other forms of pollution.

Adams is the founder and publisher of the open source science journal Natural Science Journal, the author of numerous peer-reviewed science papers published by the journal, and the author of the world’s first book that published ICP-MS heavy metals analysis results for foods, dietary supplements, pet food, spices and fast food. The book is entitled Food Forensics and is published by BenBella Books.

In his laboratory research, Adams has made numerous food safety breakthroughs such as revealing rice protein products imported from Asia to be contaminated with toxic heavy metals like lead, cadmium and tungsten. Adams was the first food science researcher to document high levels of tungsten in superfoods. He also discovered over 11 ppm lead in imported mangosteen powder, and led an industry-wide voluntary agreement to limit heavy metals in rice protein products.

In addition to his lab work, Adams is also the (non-paid) executive director of the non-profit Consumer Wellness Center (CWC), an organization that redirects 100% of its donations receipts to grant programs that teach children and women how to grow their own food or vastly improve their nutrition. Through the non-profit CWC, Adams also launched Nutrition Rescue, a program that donates essential vitamins to people in need. Click here to see some of the CWC success stories.

With a background in science and software technology, Adams is the original founder of the email newsletter technology company known as Arial Software. Using his technical experience combined with his love for natural health, Adams developed and deployed the content management system currently driving NaturalNews.com. He also engineered the high-level statistical algorithms that power SCIENCE.naturalnews.com, a massive research resource featuring over 10 million scientific studies.

Adams has also helped defend the rights of home gardeners and protect the medical freedom rights of parents. Adams is widely recognized to have made a remarkable global impact on issues like GMOs, vaccines, nutrition therapies, human consciousness.

In addition to his activism, Adams is an accomplished musician who has released over fifteen popular songs covering a variety of activism topics.

Click here to read a more detailed bio on Mike Adams, the Health Ranger, at HealthRanger.com.

Find more science, news, commentary and inventions from the Health Ranger at: